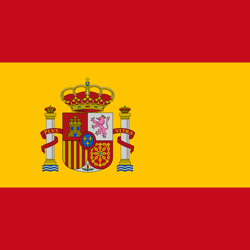 The project involves the installation and operation of a new natural gas-fired power plant in Jegurupadu, India. The electricity generated will contribute to the decarbonization of the Indian power grid.

The purpose consists of the construction and operation of a 228 MW natural gas-fired power plant. The electricity generated will be exported to the southern grid and will help reduce the carbon intensity and energy deficit in the southern grid.

In the absence of the one in the project, a coal-fired power plant would have been chosen. Thus, the plant reduces anthropogenic GHG emissions to the atmosphere by using fuels (natural gas) whose GHG release is relatively lower, and whose power generation is much more efficient due to combined cycle operation compared to coal. The project had great benefits for the community in which it operates, as it generated direct employment for 525 people for its development, generated economic benefits for the construction of a school in Jegurupadu, and contributed to the sustainability goals established by the Indian government. 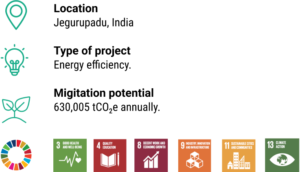